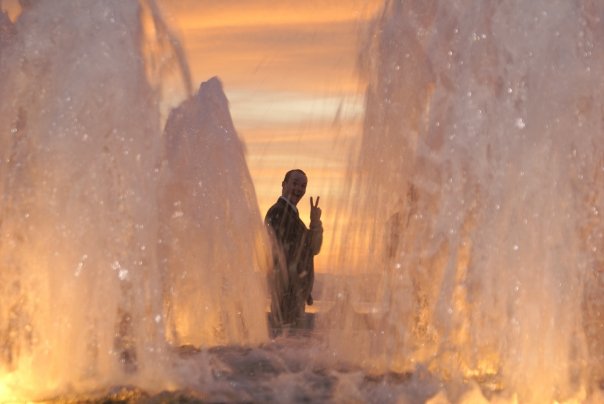 I once volunteered to perform a violin/piano duet for the Mission Training Center (MTC) for the Church of Jesus Christ of Latter-day Saints in Sao Paulo Brazil. I was 24 years old at the time. It was a huge devotional with the presiding bishop of the church visiting from Salt Lake City Utah. He was to be the keynote speaker.

The purpose of the musical number was to bring the spirit of reverence and introspection into the room and into the hearts of all in attendance regardless of their primary language.

I had played the cello, stand up bass, and electric bass guitar in middle and high school in orchestra and Jazz band. But I had never really learned to read music well and had never played the violin. I figured that it would be pretty much the same as the bass but smaller, and that I could just memorize the piece beforehand as I had done throughout high school. I was wrong.

Problems started during our 1 week of practice as we found spare time between our classes on teaching the gospel (proselyting) and learning the portuguese language. My companion (each missionary had a companion with them at almost all times as we worked as missionaries in pairs), Elder Blanchard (“elder” being a title such as doctor or professor followed by the missionary’s last name) played a little bit of piano but was not known for his skills on the keys. I had trouble choosing the right key, and we made adaptations to make the piece easier for us to try and play together.

I don’t know why we thought we could do it. It wasn’t a joke or prank. Maybe we were learning so much about faith and miracles that we just figured it would work out. The day came and we started to play. Because of all the attempts to make it easier I think we were playing in slightly different keys. Some of our sounds seemed to match up but others did not. As a room full of hundreds of American and Brazilian missionaries, including the MTC president, medical staff, the presiding bishop and their wives sat silently and stupefied we played “Come follow me” occasionally in different keys and with all the screechy terrible sounds of novice playing a small string instrument in a auditorium.

Our rendition resembled a hundred pileup on the highway. The destruction seemed to be unending and no one had the power to stop it. I could see the bewildered faces of the presiding bishop, those around him, and the horrified face of the MTC president’s wife (who was in charge of organizing the musical talent). Most of those present couldn’t look up at all. What was worse was that it was close enough to the song that everyone knew what we were trying to play, and must have assumed that we were so nervous that we were tripping all over ourselves. No one had known that I didn’t know how to play the violin in the first place. Likely, because why would anyone ever volunteer to do something like this who didn’t know how to do so, and never had performed on the violin? The MTC president’s wife never even heard us practice, likely for the same reason: why would someone volunteer for something they absolutely could not do?

That’s the question you know? That’s the mystery we are left with.

That “performance” was one of the most stressful experiences of my life. The situation actually sounds like it could be a common trope for nightmares. As the veins pulsed in my forehead and my body shook I worried that an aneurysm or panic attack was imminent.

We finished the “song”, went and sat down, and time passed as blur until the devotional ended and I was approached by a Brazilian missionary. He casually beelined over to me, looked me in the eye and said in beginners english:

“It takes a man to make that.”

By the way, there were plenty of other missionaries that could have played any number of instruments for that devotional. Since musicians were not scarce it was even more bewildering as to why I had volunteered in the first place. Since that experience, a new rule was instituted that all musical performances had to be previewed and pre-approved prior to the performance at the Sao Paulo Mission Training Center.